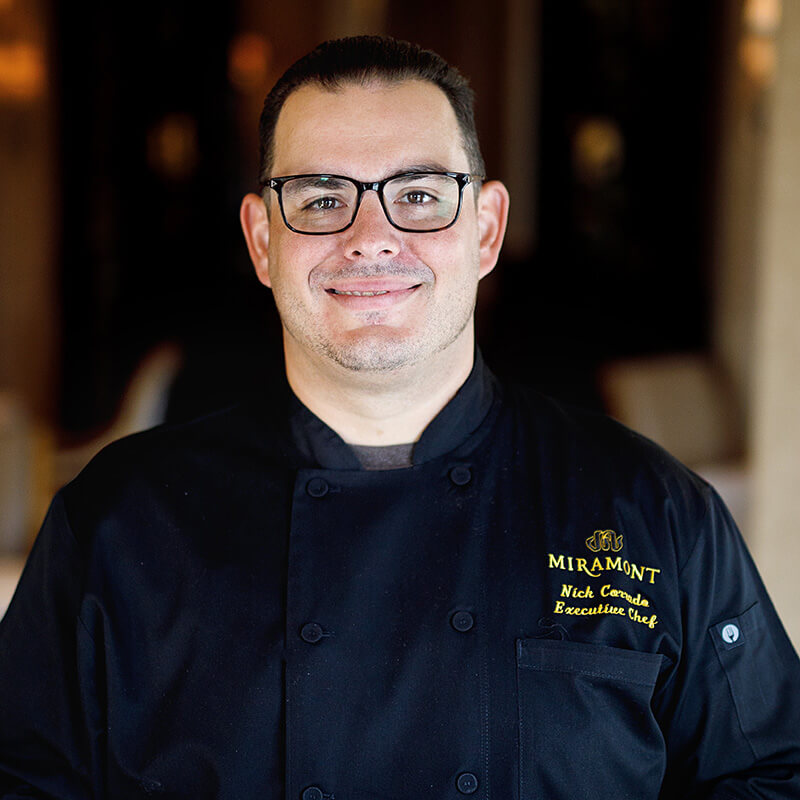 Prior to starting at Miramont, Nick served for three and a half years as the Executive Sous Chef at Big Canyon Country Club in Newport Beach, California, which is a Platinum Club. In that role, he was responsible for the supervision of the dining and service operations of a 5,000-acre private club and residential community. Nick managed a kitchen operation of 45 staff members with $7 million in food sales annually.

Nick and his wife, Coryn, have three children, son Vincent, and daughters Antonia and Francesca.